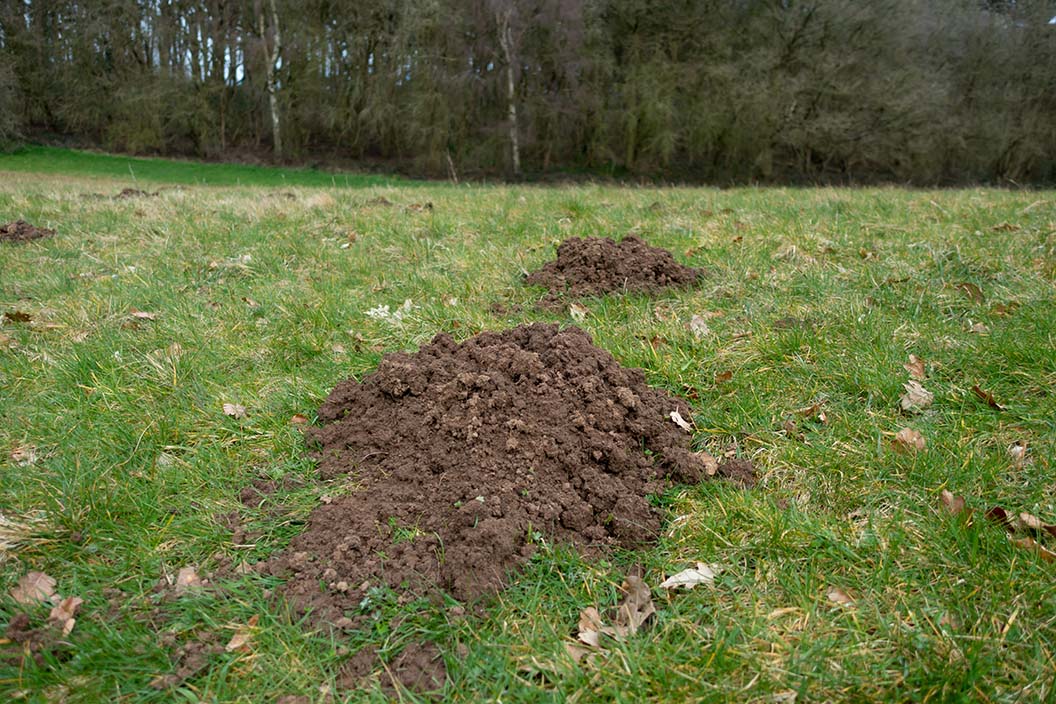 How to get rid of moles from your garden

Moles are mammals that are around 6 inches long. They are carnivores that live in nests underground and feed on worms and other invertebrates. The bane of avid gardeners, moles are prolific diggers, their extensive tunnelling can cause real issues as they disrupt seedlings and established plantings, destroying roots and when the tunnelling collapses can cause unsightly dips, holes and crevices.  When moles burrow, they need to put the earth that they are displacing somewhere and these become the infamous mole hills that we all recognise but certainly do not want in our gardens. In this guide we will look at some ways you can try to prevent or get rid of moles.

How do I know if I have moles in my garden?

The most obvious give away is the mounds of earth that suddenly pop up. There might be quite a few molehills but this doesn’t mean that you have lots of moles, they are very territorial so it is likely that there will only be a solitary mole causing havoc. Other signs of mole activity are stunted or withered plants and dips or small channels in your lawn where there weren’t any before.

Why do I have moles?

Quite simply you might have moles because your soil is teeming with lovely worms and grubs on which the moles feed. They are unlikely to leave of their own accord while there is an abundant supply of food. Moles have a foraging range of around 3 acres and tunnel at a rate up up to 10 metres an hour!

How to prevent moles

Prevention is always better than cure so how do you keep moles out of your garden? Whilst there is no guaranteed solution, one sure way of reducing risks of mole activity  is to ensure that you have a well drained garden. Worms love nothing more than damp soil and moles love nothing more than worms. So be keeping your soil drier, there will be fewer worms and hence less food for the moles, making your garden unattractive to them.

Another preventative measure might be to plant plants which it is suggested that moles don’t like around the perimeter of your garden. Plants such as Daffodils, Marigolds and alliums are reputed to have some mole repellent effects, but this is not likely to be 100% effective.

Moles have poor eyesight, but this is more than compensated for by their enhanced sense of hearing, smell and touch. As such, some suggest that moles do not like ongoing noise or vibrations. Ground stakes are commercially available, and it is claimed that these emit sound and vibration into the soil which the moles do not like and will keep away from, although the jury is still out on the evidence of effectiveness of these.

How to get rid of moles

We would always recommend that, if you do have unwanted mole activity you call in a professional pest control company to assist in removing them. At iX5 Pest Control we offer mole pest control services throughout Northamptonshire and surrounding areas. We will come to your property and assess the extent of the problem and then make our recommendations based on things such as the location of the problem, the extent of the activity, any non-target species present and also other sensitive receptors. If you think you have an issue with moles or any other pest, why not give us a call on 01604 328545, email us at [email protected] or use our website contact page. We operate 7 days per week and can often provide evening and weekend appointments to suit your schedule.

How to get rid of moles from your garden