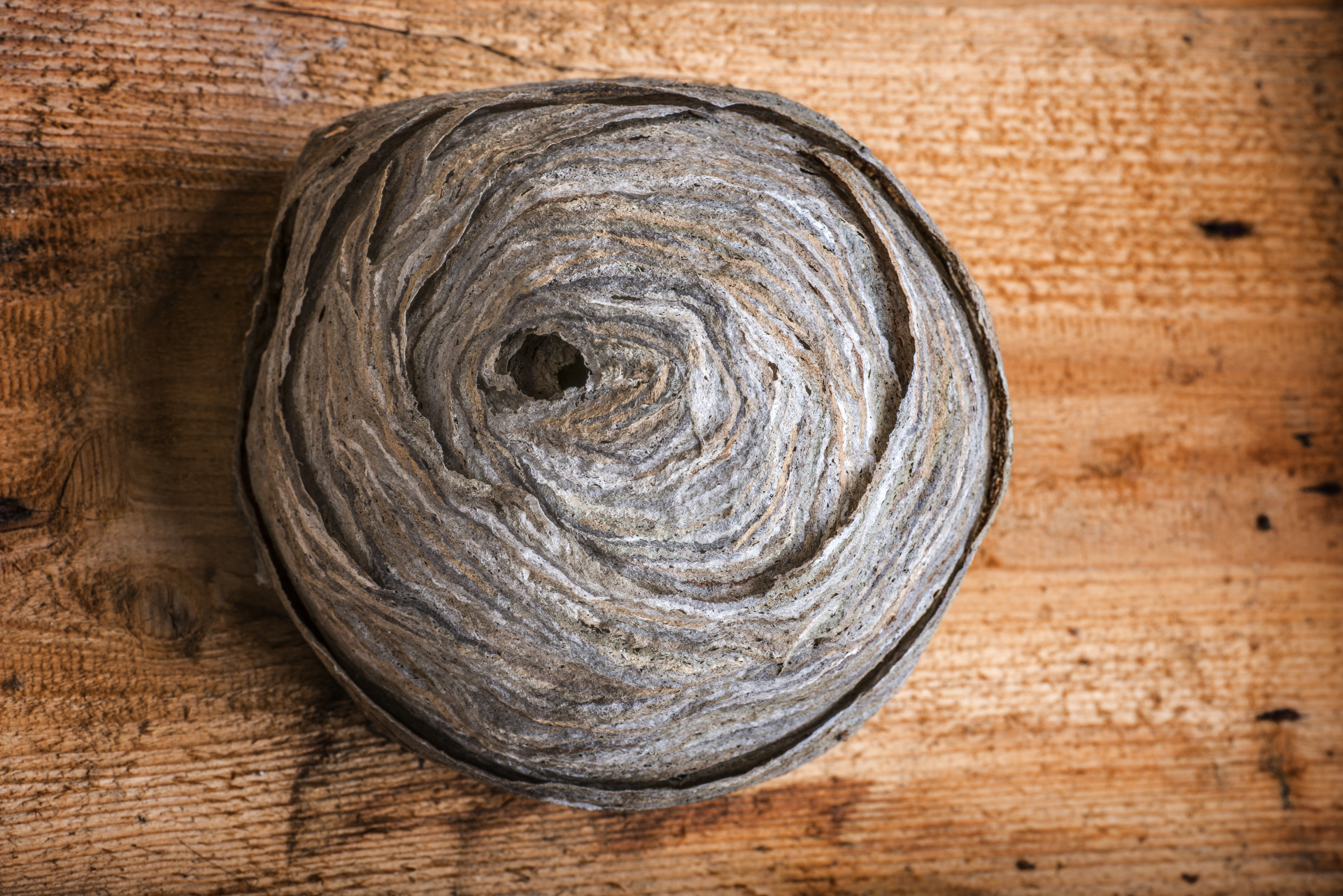 Wasps are perhaps one of our most feared pests due to their painful and for those with allergies, potentially fatal, stings and seemingly unprovoked attacks. Wasps will only sting if they feel threatened, but the problem is that a threatened wasp sends out a pheromone calling for assistance from its colony. This call sends the colony into a defensive, stinging frenzy which is very scary to experience. Remember, that wasps can sting multiple times and do not die after one sting.

There are two main types of wasp in the UK, the common wasp and the German wasp. It can be easy to mistake wasps for bees and vice versa. Bees tend to be more furry than wasps and have less distinct light brown or brown-yellow stripes. Wasps on the other hand tend to be shiny, smooth and have very distinct bright yellow and black stripes. Wasps also have a very sweet tooth and will be attracted to anything sweet, whereas bees are more concerned with your flowers.

Wasps tend to build their nests in sheltered spots such as under trees, in bushes, in wall cavities, under eaves and in sheds, garages or lofts. A sure sign of a nest being present is seeing lots of wasps going to the same location. They make their nests using chewed wood and saliva to make a papier mache type material. In the Spring the nest will be very small and will contain only a few workers and the queen. If left untreated it can grow to the size of a beachball and contain thousands of wasps. It is important to treat a nest as soon as you can, as the larger it becomes and the later in the season it is, the more aggressive the wasps become.

At the end of the summer the wasps will abandon their nest and won’t return the following year.

There are some simple tips for preventing wasp nests. Keep your bins properly closed and away from the house, this will prevent the wasps being attracted to your property in the first place. Put insect mesh over vents and block up weep vents in your brickwork with a gauze type cloth to deny wasps access to the wall cavities and loft spaces.

Wasp nests can be quite beneficial to your garden as wasps predate on other insects such as greenfly, so if the nest is not causing a nuisance and it doesn’t pose a health risk, then you might be better off simply leaving it be (no pun intended).

If you do have concerns regarding wasps get in touch with iX5 Pest Control. We will conduct a thorough survey and detail our recommended solutions, including advising on preventative measures. We use a range of control strategies depending on various factors such as the location, the extent of activity, and any sensitive receptors or non-target species.

Given the aggressive nature of wasps and their colonies it is not advisable to attempt tackling a wasp nest yourself and you should never consider it if you are allergic to wasp stings.

We offer wasp services for both domestic and businesses premises in Northampton, Daventry, Rugby, Market Harborough, Towcester, Brackley, Wellingborough, Kettering, Corby, Olney and all of the surrounding areas. Our team of specialists are available both evenings and weekends at no extra cost. Should you require assistance call us on 01604 328545, email [email protected] or use our simple contact form.