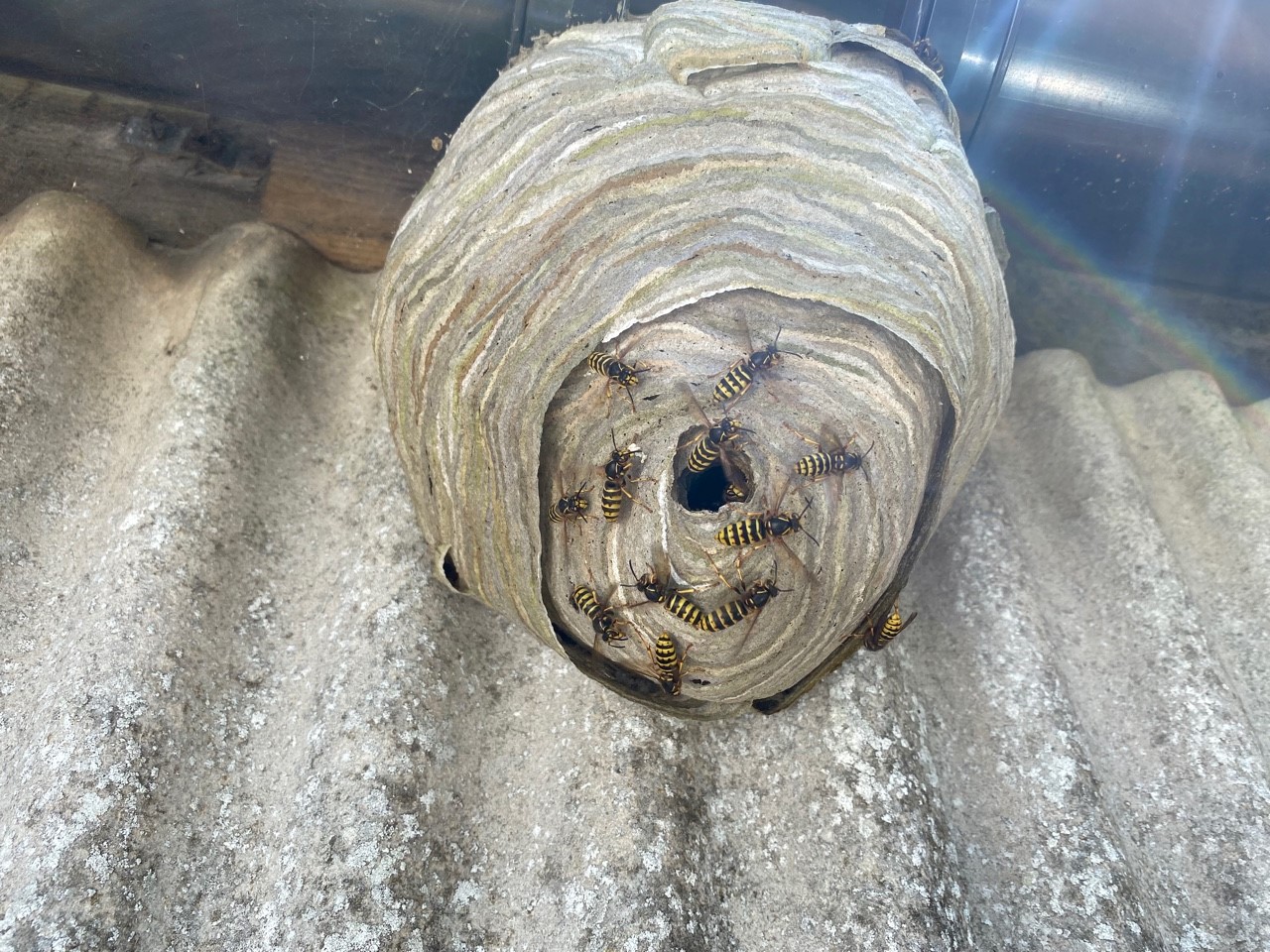 How does pest control get rid of wasps?

What many people do not realise is that wasps serve a very important purpose in our ecosystem and food chains. They are great pollinators and also predate on other insects; so not quite the nuisance that everyone believes them to be, but we all recognise that having a wasp’s nest in or around our home is probably not ideal.

The difference between bees and wasps

How do you tell the difference between a wasp and a bee? This is not always easy bearing in mind the many different species of bees and wasps, but generally a wasp tends to have a “waistline” where their upper body joins their lower body, most bees do not tend to have this and many are larger and rounder. Wasps also tend to be a brighter yellow colour and tend to be thinner with longer bodies than bees. The final physical giveaway is that bees are hairier than wasps. When it comes to behaviour, there are also subtle differences. Wasps will hover around humans and human food and waste, whereas a bee will typically give people a wide berth and hover around flowers and foliage rather than food. Although we at iX5 Pest Control are able to identify any nest and the associated species for you, knowing what you are dealing with is a good way to avoid getting stung!

Can you relocate a wasp nest?

Unlike honeybee or bumble bee colonies, it is not possible to safely and effectively relocate wasp nests. As such, where a nest is in a location that does not pose a risk to people or pets, we encourage you to leave them, as wasps not only play a role in the ecosystem, they are a natural pest control themselves as they prey on other insects. However, when a wasp nest is in a location where it poses a potential risk to people or pets, eradication is the only real solution.

Wasps are very protective of their nest and anyone getting too close is at risk of being stung, and remember, unlike bees, wasps can sting multiple times!! As such, we don’t recommend anyone untrained tries to treat a wasp nest themselves. At iX5 Pest Control we have all the equipment, knowledge, training and a range of insecticides and non-toxic options for treating wasp nests safely, no matter what the location. We often get called out to deal with the aftermath of a failed attempt to undertake some DIY pest control on wasp nests and have lost count of the number of people we have seen who have ended up getting stung in the process, only to have to call us out anyway. We also often see attempts to block up entrances to active wasp nests using expanding foam, tape, silicone sealant or many other methods, in the hope that this will prevent further activity. All this does is makes the wasps inside and outside the nest angry! Blocking up an entrance never ends well as usually by the time a nest becomes noticeable, it will already be well established.

Help is at hand

If you do have concerns regarding wasps get in touch with iX5 Pest Control on 01604 328545, email [email protected] or use our simple contact form. We will conduct a thorough survey and detail our recommended solutions, including advising on preventative measures. There is no one size fits all solution to wasp nest removal and we use a range of control strategies depending on various factors such as the location, the extent of activity, and any sensitive receptors or non-target species to ensure that a wasp nest is eradicated safely and effectively.
How does pest control get rid of wasps?